15 May PMRF Volunteers for Kaua`i Habitat

Posted at 09:00h in Builds, News & Events by development 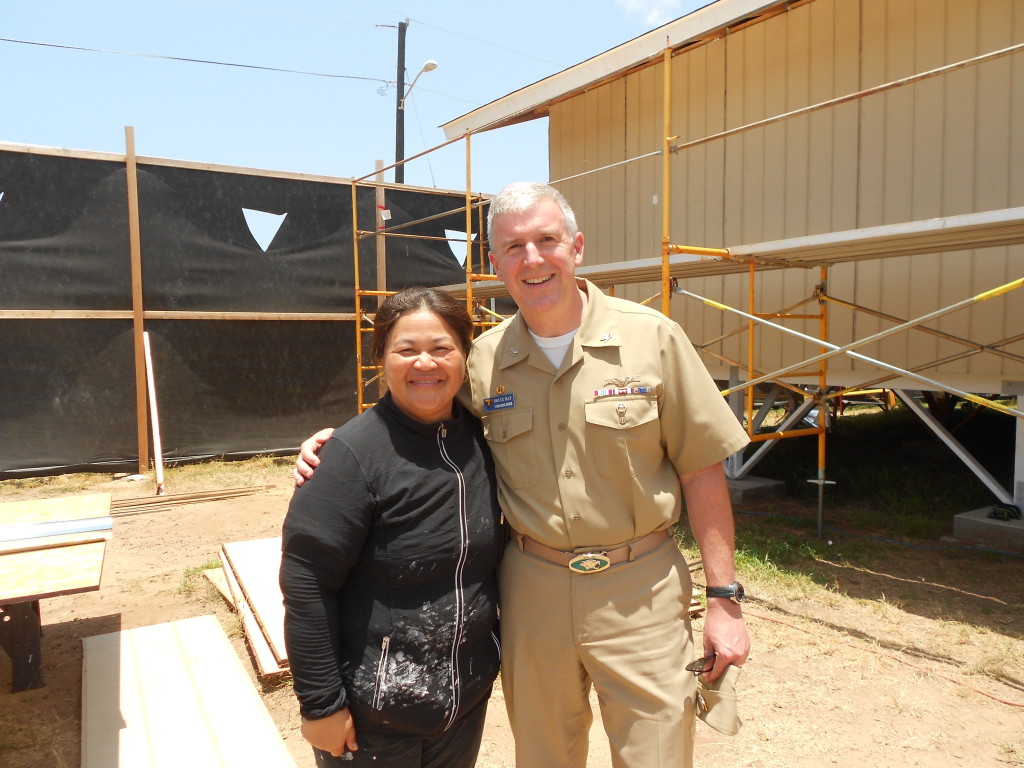 On May 13, 2014 Captain Bruce Hay, commanding officer at the Pacific Missile Range Facility provided ten U.S. Navy volunteers to continue critical work on Nelson and Marian Eguchi’s home on Department of Hawaiian Homelands in Kekaha. The volunteers know Nelson well – Nelson is employed at PMRF’s fitness center – and were happy to help give a “hand up” as they say at Habitat. Following up on the fast work done by the Women Build crew on Mother’s Day, the Navy team finished work on the siding and exterior construction of the home.

“In August of 2013, Captain Hay and Navy service personnel from PMRF came together over two days to paint and repair the exterior of our ReStore® and administration building,” said Executive Director Stephen Spears. “We are thrilled to be able to host them again, especially at a jobsite that holds meaning for them while being of service to a fellow co-worker. Captain Hay himself is a Habitat volunteer; he helped establish the Habitat for Humanity of Island County affiliate in Washington State as well as serve as a Board Member.” 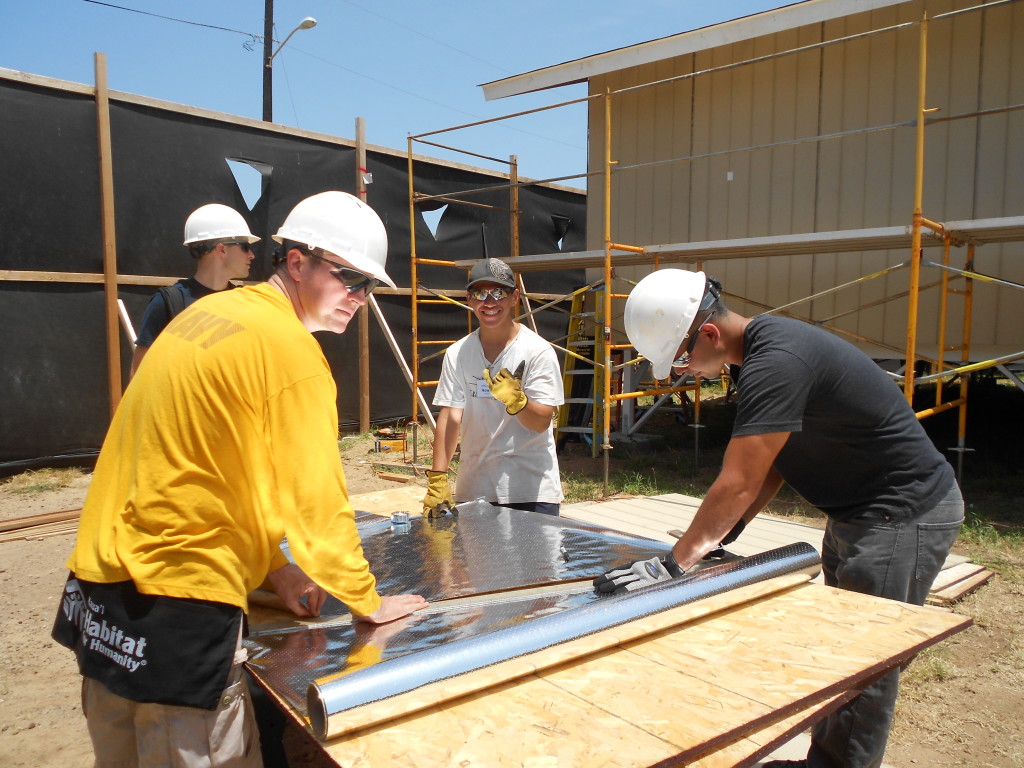 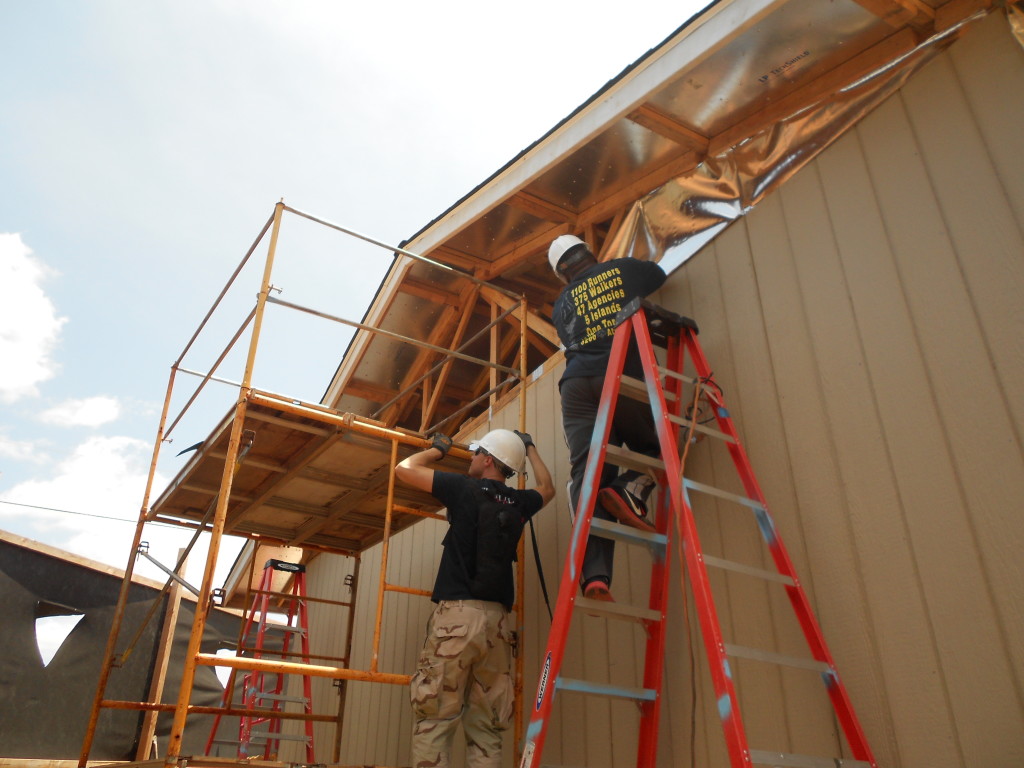 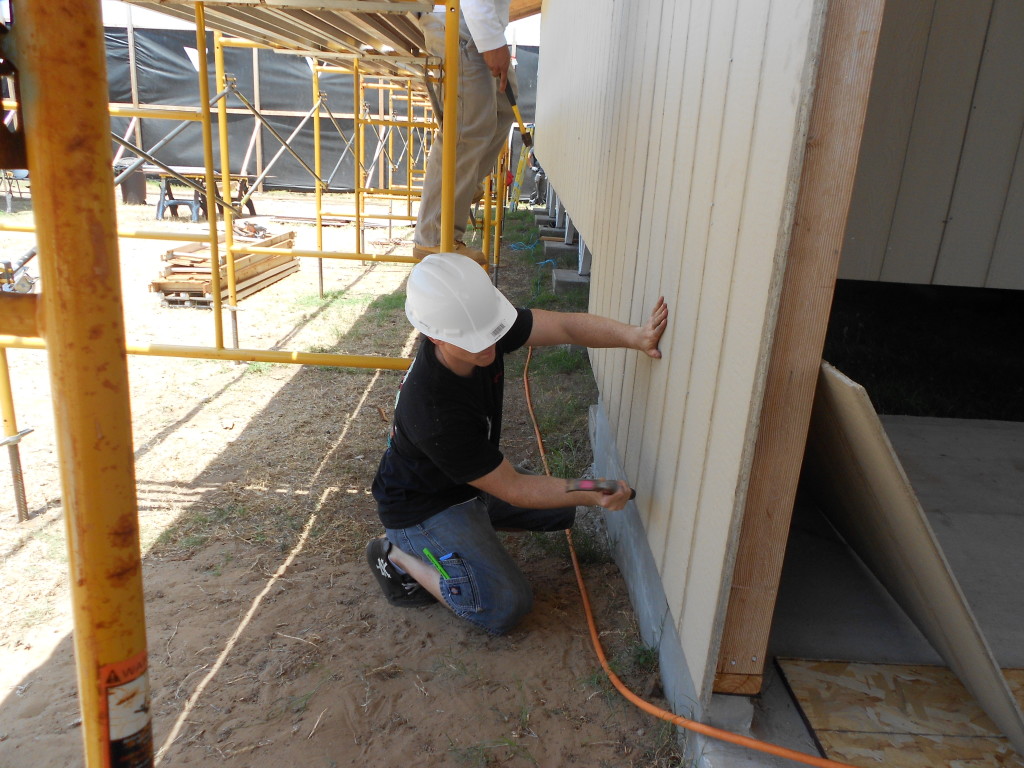